Cruising the Andes to the Atacama Pt.4

Click on the images to see them at a larger size.

By coincidence Russ and Emma had been organising a guided trip at Valparaiso with the same company as Anno and me, Albatross Birding. Logic prevailed and we all joined together. Our guide for the day, Carolina Yañez rendezvoused (with driver and mini-bus) at the port terminal. We were soon being whisked to a superb little nature reserve Posada del Parque in nearby Concon. On the way there we stopped at a patch of threatened scrubby duneland to pay our regards to a pair of Burrowing Owls. They were still bathing in the early morning sun and were clearly used to humans, obligingly allowing a very close approach. 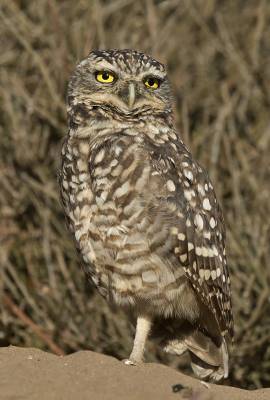 Once at the reserve it was immediately obvious that birds were not going to be in short supply. One of the first to be seen was Picui Ground-dove. In keeping with most of their relatives they failed to succumb to my photographic attempts. Thankfully a few of the other birds, including Harris Hawk, Yellow-winged Blackbird, Chilean Mockingbird and Great Shrike-tyrant proved less elusive. 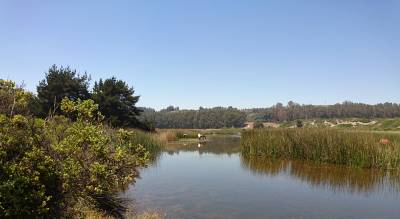 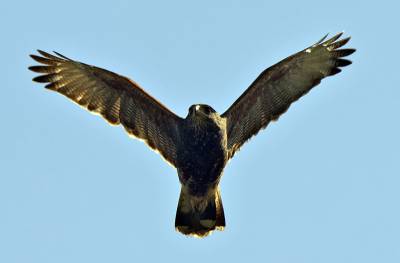 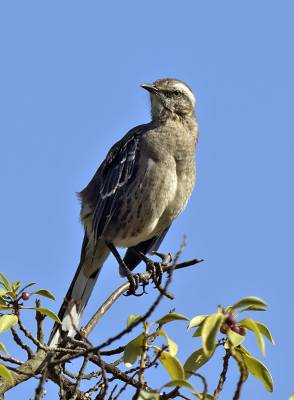 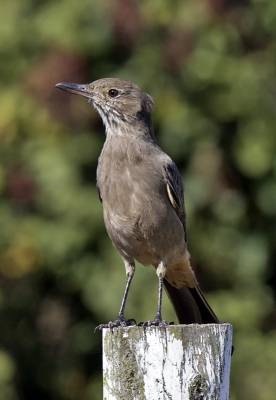 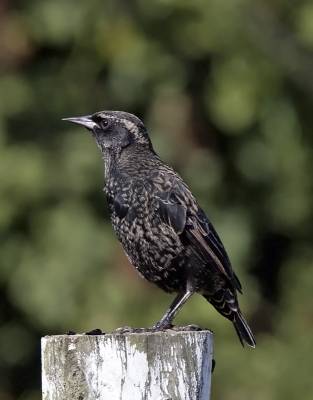 We were diverted by the surprise appearance of a mustelid on a fence rail just the other side of a small wetland area.  It looked not unlike a small Honey Badger and my photographs confirmed that it was a Lesser Grison, though Carolina referred to it by the Chilean name of Kiki. 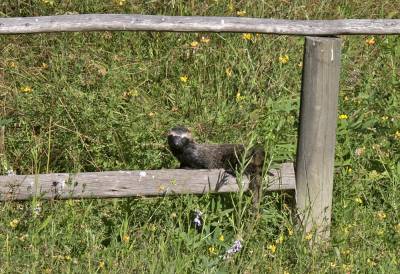 As we wandered through an area of grassland, leading to cattail dominated marshland, we found a small group of birds feeing on a path. Most were Common Diuca-finches but it also included Long-tailed Meadowlark. Just out of photographic range a White-tailed Kite hovered over the marsh and in the distance pair of Variable Hawks soared over the Chilean Pines. 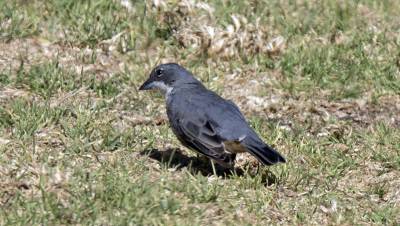 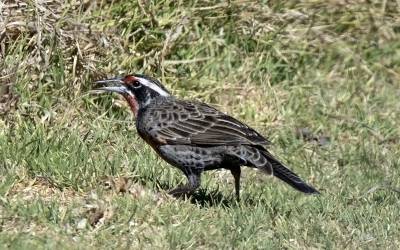 The wetland was itself full of diversity and abundance. The nearest ducks were the look-alike due of Yellow-billed Pintail and Speckled Teal, watched over by a classically hunched Cocoi Heron in morose pose. 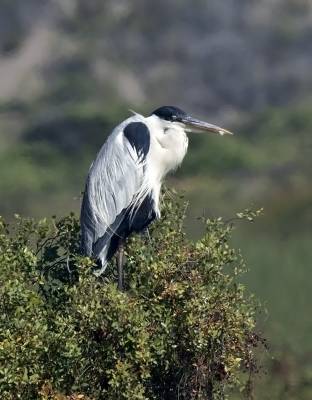 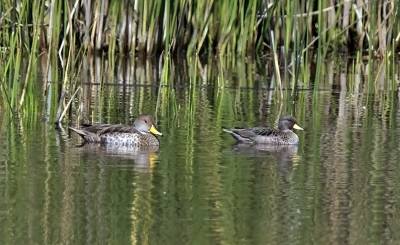 The birds in the reedbeds were something of a challenge to photograph. Many-coloured Rush-tyrants were little balls of energy rarely giving me the chance to press the shutter. If they were difficult, then the Wren-like Rush-bird was in its own league of elusive and remained only in my mind’s eye. Thankfully one skulker did break cover for long enough to give me a fighting chance and Spot-flanked Gallinule was my first member of the Chilean Rallidae to be committed to the memory card. 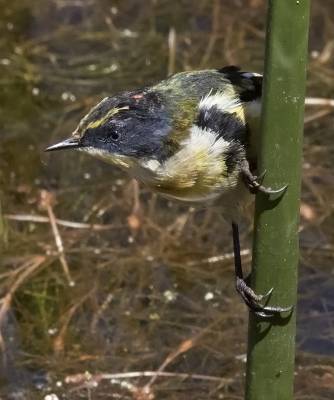 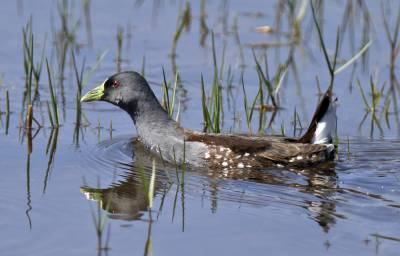 The main body of the wetland was full of Chiloe Wigeon, just too far way to photograph, together with three species of Coot, Cinnamon Teal and an unexpected Crested Duck. Slightly closer to hand I found a small gap in the vegetation that gave me the opportunity to photograph Lake Duck (similar to Ruddy Duck) and a delightful White-tufted Grebe. 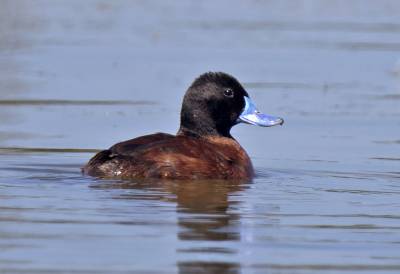 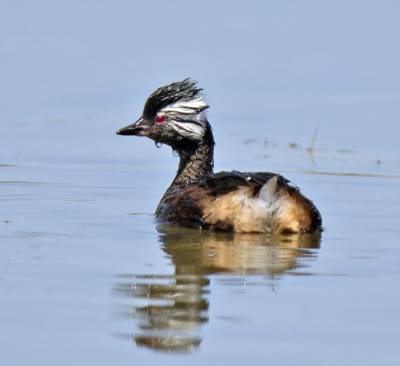 After a time we crossed a rail line and headed for the beach area, where we surprisingly found all three species of Chilean Oystercatcher.  Magellanic Oystercatcher is not supposed to occur this far north but one of them hadn’t read the textbooks. It, along with its close relatives, was soon disturbed by a very low overflying Turkey Vulture. 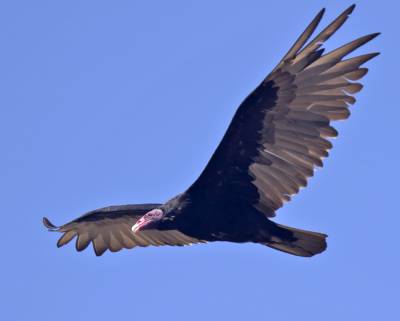 The beach also held Austral Negrito and Spectacled Tyrant, the latter was only confirmed as such when I managed very poor record shot of a female/immature that briefly landed.

We lunched back near the centre and Carolina provided the most sumptuous picnic. All the time we were visited by a succession of passerines, including Tufted Tit-tyrant, Austral Thrush, Southern House Wren, White-crested Elaenia and the confusingly named Plain-mantled Tit-spinetail.

After lunch we headed for a couple of coastal sites. A traffic jam provided the opportunity to view a Giant Hummingbird at close quarters along the way. The first stop was the small estuary area of the Rio Aconcagua at Parque Ecologico La Isla. By now the heat of the day had kicked in and photography was almost impossible over anything but the shortest distances, due to the heat haze. Many of the birds here were being disturbed by thoughtless people, though this did bring an impressive flypast of Amazonian Black Skimmers past our vantage point, along with our first Grey Gull. 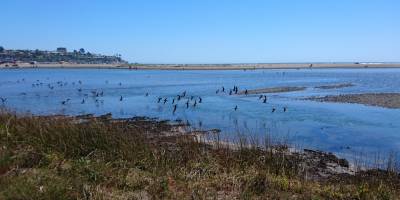 After this we stopped briefly at a South American Sea Lion colony before pressing on to our final highlight and our much anticipated first encounter with the resplendent Inca Tern. We revelled in this moment. Long-dreamed of and coveted, they did not disappoint.  In the days to come we would get to know Inca Terns very well indeed, but for now we just drank in this mesmerising moustachioed spectacle. 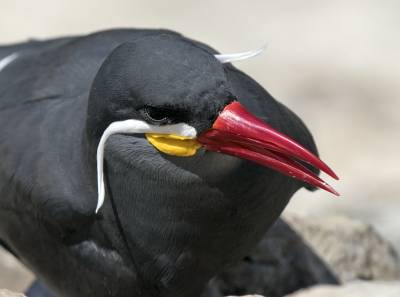 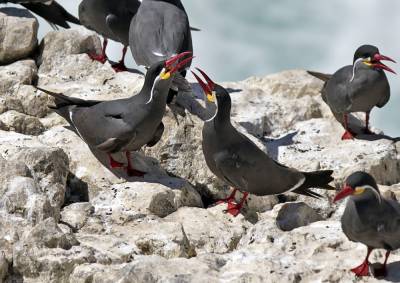 Carolina was a good birder, which she combined with the energy of ‘Tigger’ on performance enhancing drugs. Her taste in heavy Latino dance beats with a thumping base line might not be to everyone’s taste, but she was good company and we would thoroughly recommend her.

This had been a real red-letter day and just to complete the picture, as we sailed out of Valparaiso, dozens more Rorqual whales were chugging away like steam trains across the horizon, all aesthetically backlit by the setting sun.