Cruising the Andes to the Atacama Pt.8 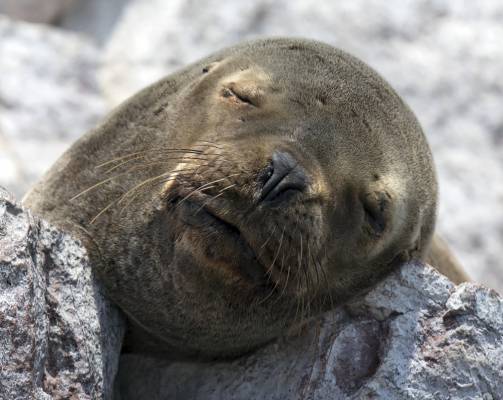 Click on the images to enlarge to full size.

Our final full day at sea would prove to be an absolute stormer. The Continental Shelf on this leg was almost non-existent and the sea floor sloped away steeply, with lots of folds and trenches along the way, creating an underwater maelstrom bringing rich upwellings to the surface waters that teemed with seabirds and cetaceans.

Ringed Storm-petrels were still the dominant species but there was also a fair sprinkling of Wedge-rumped Storm Petrels playing second fiddle. Sooty shearwaters had only been present in moderate numbers since passing Chiloe Island but now they were back in force. Our track northwards must have been slightly closer to land than in recent days as we were picking up more Brown and Peruvian Boobies, species that are normally regarded as coastal, rather than truly pelagic. 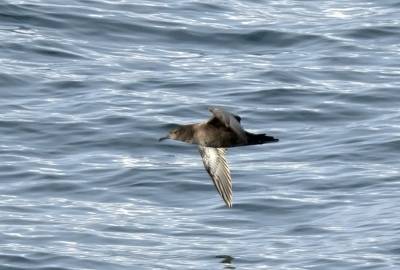 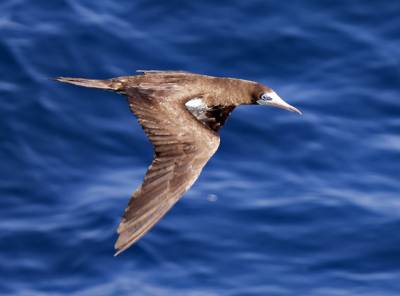 An outstanding feature of the day were super-pods of Short-beaked Common Dolphins. Even at a distance of several kilometres the rough patches created by the motion of hundreds, if not thousands of dolphins, gave the impression that the sea was boiling. At one point, we were observing a super-pod more than a 1.5km ahead on the port side, when the water at half that distance was scythed by a portentously prominent dorsal fin. The word that sets the pulses racing in all cetacean watchers erupted from Emma’s lips. “ORCAS”! They were dead ahead and now less than half a Km out. If they maintained their present course they would be close on the port side. They sounded. Anno had minutes earlier decided to go below to get a cup of tea. He’d been gone some time, surely he should be back by now? The Orcas stayed deep, we waited…, finally they surfaced together close to the ship, but level with the stern. Anno was nowhere to be seen. Moments later a skim feeding Bryde’s Whale surfaced next to us and proceeded on a path that would bring it very close to the Orcas. Russ and I had the same thought, we needed to fetch Anno. Now! I went starboard, Russ went port. I bumped in to a few keen watchers on the way and got them on to the Orcas and finally saw Russ getting Anno onto the Orcas at the back of deck 7. By now they were specks in the distance so I grabbed a few record shots for posterity. 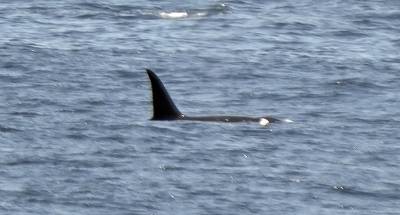 The male Orca was very large, with a tall pointed dorsal and all three of them had prominent ‘closed’ saddle patches. The pod size of three is typical of the ‘transient’ ecotype, also known as Bigg’s Orca, that hunts marine mammals. Given the proximity of the other cetaceans, that seemed oblivious to their presence, we suspected the Orcas were running on ‘silent’, a common hunting strategy of the Bigg’s Orca. Certainly the Bryde’s Whale trailing in the Orcas wake, just a couple of minutes later, seemed oblivious to their presence as it skim-fed alongside the ship. It was headed directly towards them. Does Bigg’s Orca occur in the Humboldt Current?

As the day wore on the variety of cetaceans would grow impressively to nine species, including Risso’s Dolphin, Spinner Dolphin and Short-finned Pilot Whale. Though typically the three separate beaked whales refused to give up their identities.

Towards the latter half of the day the shipped passed many vegetation rafts. A few bird species seemed to adopt these as a convenient perch point. The most easily identified being American Black Tern. There were also many phalarope and a perusal of our digital images suggests that Red-necked Phalarope were in the majority but that at least some of the birds were Grey (Red) Phalarope. 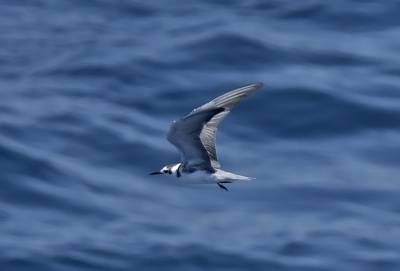 If we expected the Orcas to be the highlight of the day, then we hadn’t reckoned with what was about to happen as the sun zeroed in towards the western horizon. Anno, Emma, Russ and I scanned the blissful scene, together with a couple of other hardy souls. The low sun was casting a warm glow across the ocean when dozens of bubbling geysers appeared to erupt across a huge swathe of seascape ahead of us. The low, angled trajectory of the blows immediately told us that Sperm Whales were powering our way. Whether we looked left, right, or ahead, a picket line of whales exhaled mightily. On they came like a swarming tide. The occasional animal would fluke and deep dive, but the rest pushed on southwards. At one point a mother and calf passed close on the starboard side and the calf started diverting towards us for a closer look. She gave it ‘the hook’ after about 30 seconds and it quickly regained her determined course. The whole episode probably lasted 20 minutes and a very conservative estimate of 35+ Sperm Whales was postulated. We’ve all seen many Sperm Whale but none of us had experienced anything remotely like this ‘Melvillian’ spectacle. 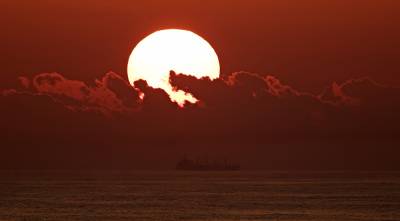 As the sun rose the following day we were berthed in the port of Paracas. Our destination for the day would be the nearby Ballestas Islands. Eco-tourism appears to be driving the development of Paracas and the islands are the key component of that process. Though the Chilean Flamingos, viewed through an extreme heat haze on route, were also an important attraction for visitors.

The islands are famous for their birds, though previously they were prized for the guano they produce. Even today the islands are ‘mined’ for it every 6-8 years. As you can see below, this pair of Peruvian Booby produce quite a lot of it. 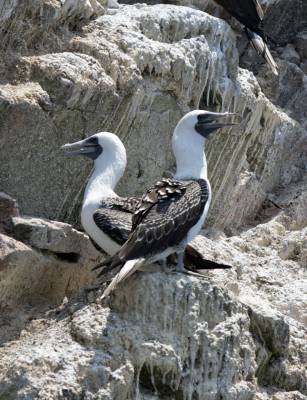 At the time of our visit the South American Sea Lion rookeries were in full force. These are powerful predatory animals and the Humboldt Penguins had taken the hint and headed out to sea. The sea lions can be surprisingly agile and the one featured below had climbed up to a pinnacle to snatch a ‘guga’ (Peruvian Booby juvenile) lunch. 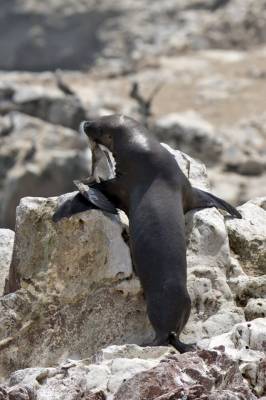 The mature male ‘Beachmasters’ have huge heads and thickened necks. Many bore the scars of battles they’d fought to retain their ‘hareem’ of females. 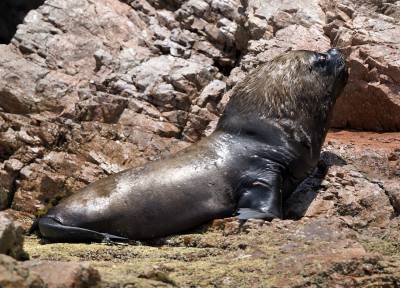 The islands are home to three species of cormorant, Neotropic, Guanay and Red-legged. After a little cajoling of the guide I managed to persuade our boat to get a little closer to a Red-legged Cormorant so we could all have a better look. For a cormorant, it is a rather smart looking bird. Close to the cormorant we also found a Blackish Oystercatcher feeding. 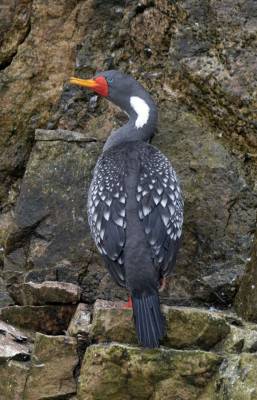 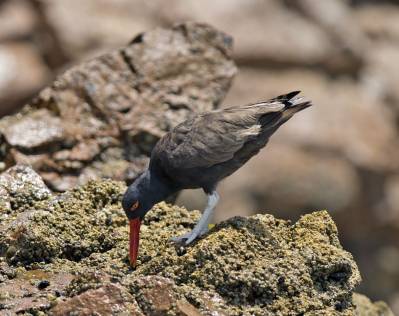 As is always the case on these ‘mass market’ excursions you are left feeling a little frustrated that not enough time is given to look at things in more detail. Pretty soon we were racing back towards the port. I managed to snap a few images of the commuting Guanay Cormorants backdropped against the desert as we sped along, but I failed with the diving Peruvian Boobies. The boat was just too unsteady to track them to the point where they hit the water.

When we got back to port Boudicca was conveniently positioned to photograph some of the passing birds and I actually secured better images of several species than I’d managed on the trip to the Ballestas Islands. 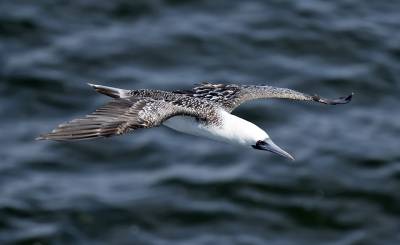 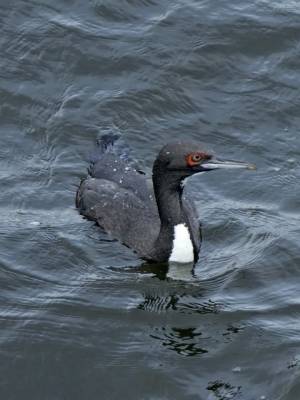 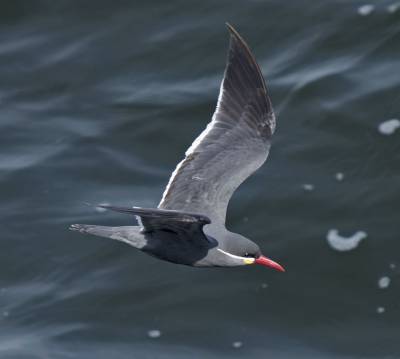 By 5.00pm the ship was readying itself for departure towards our disembarkation port of Callao (Lima). This gave us our final hour and a half’s pelagic wildlife watching on our journey along the Humboldt Current. It was almost flat calm and soon we were watching high-speed Peruvian Diving-petrels zipping away from the ship. We also finally caught up with a few Humboldt Penguins, though none were in real photographic range.

Processions of Guanay and Neotropic Cormorants, Peruvian Boobies and Pelicans were streaming back to their nesting islands, backed by a dazzlingly beautiful setting sun that created a real sense of wonderment. Then in a final act of brilliance, a blow immediately ahead. A minute or so later the Bryde’s Whale resurfaced very close to the port side of the bow and I finally got a decent image to illustrate the additional lateral ridges along the rostrum, that are uniquely possessed by this tropical whale. 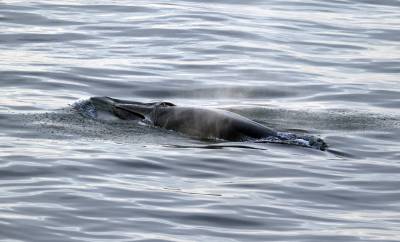 Our final day in Peru was spent aboard Boudicca in the port of Callao whilst we awaited transfer to the airport. As it was, our journey along the Humboldt Current had one final superlative wildlife spectacle to deliver. Not the hundreds of Black and Turkey Vultures soaring over the city, not the pair of Peregrine Falcons arcing around the port cranes, but the astonishing sight and sound, of over one million Franklin’s Gulls milling around the port area. Everywhere you looked Franklins Gulls. My camera’s lenses just couldn’t capture the immensity of their presence. 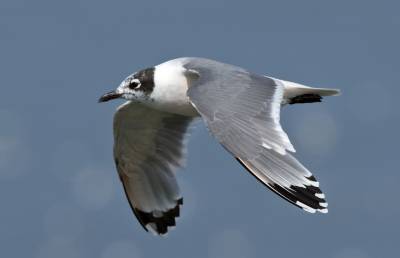 In summation, the trip along the Humboldt had been epic. Quite simply outstanding, and yet we knew that we had barely scratched the surface, even if it had given up quite a number of its secrets to us. We had certainly added to the understanding of seabird distribution across this vast area, but that’s for a more considered discussion at another time. 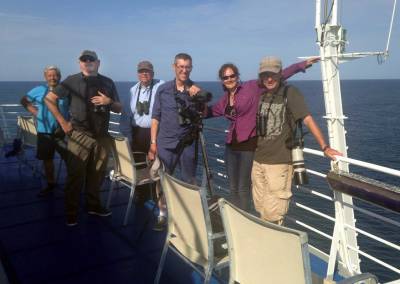 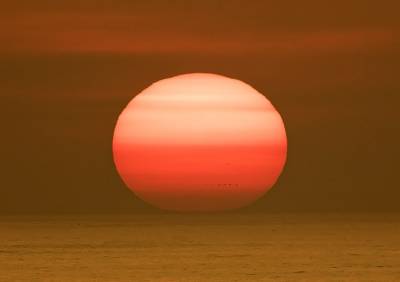 I’d like to extend my thanks to Fred. Olsen Cruise lines and the staff of the Boudicca for giving me the opportunity to make the trip and to talk to so many interesting people. Special thanks should also go to my companion for the trip Anthony Brandreth, for being such a trooper and amiable support during our journey. Thanks also to our wonderful Cabin Stewardess who had to put up with our dishevelled cabin (lets’ be honest our wildlife books and optics were more important than where we piled our clothes). Though we could not have been all bad, as she did come out and join us for a couple of whale watches during her breaks.

I also need to thank Russ and Emma for their invaluable time, energy, knowledge, friendship and shared excitement for the fascinating wildlife we were documenting. We were a good team and we had a ball. Finally, to all those passengers who joined us on the bow, thanks for getting involved and in many cases enthused.