Posted by Jeff Clarke on Wednesday, 06 March 2019 in My Blog 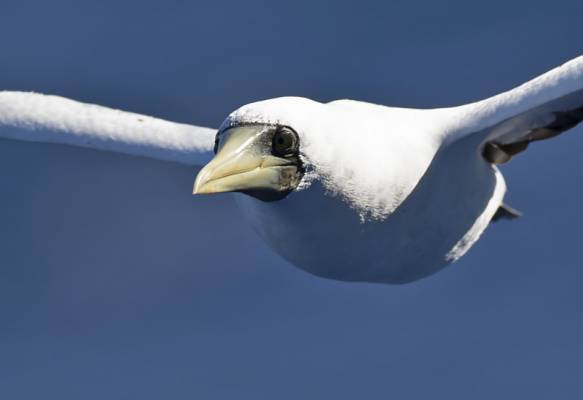 Click on images to enlarge. All images taken  during the cruise tour. Copyright Jeff Clarke Ecology Ltd unless otherwise stated.

We left a snowy Britain behind (eventually – what with 5cm of snow having ground Manchester Airport to a halt!) As normal on a sectored speaker gig we arrived at our start point, this time Barbados and we were immediately ferried to our ship, on this occasion Fred. Olsen’s MV Balmoral that would, via the Panama Canal, take us eventually to our intended departure point of Cabo San Lucas in Mexico. As it transpired our final stop would be San Diego, but more of that later. On route to the ship, via the taxi, I spied the usual suspects of Zenaida Doves and Carib Grackles. The regular formalities precluded any further wildlife searches before we set off westward later that evening.

The first full day would be a sea day and my first scheduled talk. I like to get a talk in early so that people can find me easily if they are interested in the wildlife. It didn’t take long to recognise a few familiar faces from previous cruises. 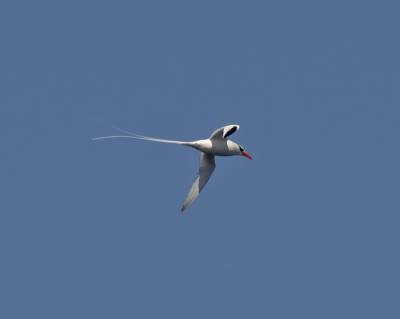 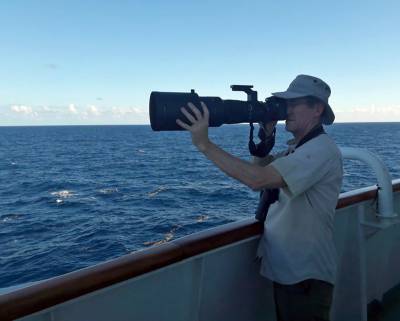 We struggled somewhat for cetaceans and all distant dolphins remained unidentified as did the only rorqual whale blow. At least the birds kept us entertained, notably the 50+ Masked Boobies that frequented the starboard side of the ship as they targeted the numerous flying fish. 15+ Red-billed Tropicbirds tantalised but none came particularly close. 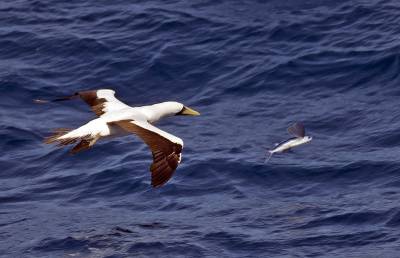 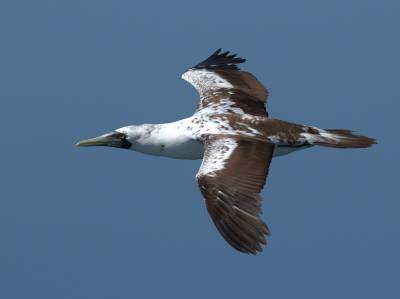 At one point the ship bisected a large group of terns, mostly Sooty Terns but the flock included a small number of Bridled Terns. They were escorted and harried by a number of Arctic Skuas, with one each of Pomarine, and Long tailed Skua for comparison. Magnificent Frigatebirds added further to the piratical menace.

We arrived at the Dutch Island of Bonaire early on the 2nd Feb. Adele and I went for a saunter locally prior to picking up a guided tour later that day.

Explorations of a scrubby area near some abandoned tennis club courts, yielded a variety of birds and lizards. Northern Scrub Flycatcher and Venezuelan Troupial were new to me, as were Bare–eyed Pigeon and White-tipped Dove. 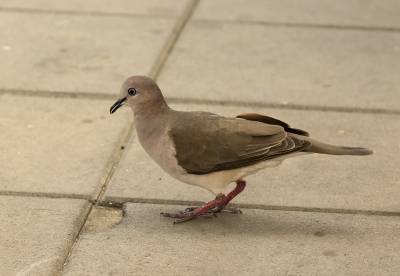 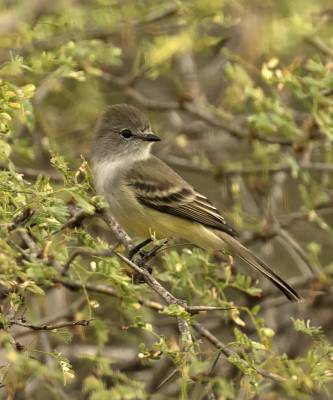 Adele found a striking and confiding male Bonaire Whiptail lizard also known as a Blau-blau. It was dwarfed by the many Green Iguanas, most of which were basking, either on the shoreline rocks or, in the trees. 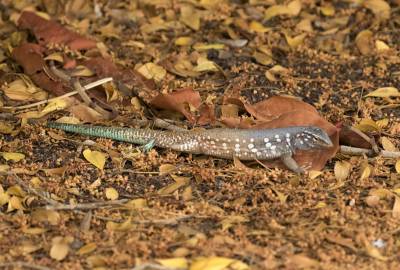 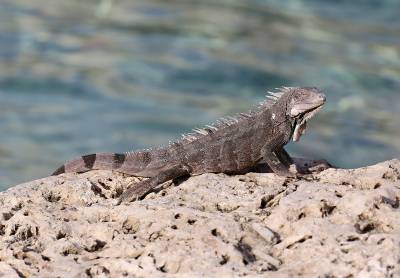 As we returned in the direction of the ship we spent some time enjoying the many ‘reef’ fish along the edge of the dock. These included Queen Parrotfish, Blue parrotfish, Trumpetfish, Scrawled File Fish and Palometa.

In the afternoon we took a tour with Susan Davis for a very enjoyable afternoon’s birding. We got superb views and photographs of many species. Green Herons, Reddish egrets and Tri-coloured Herons seemed common on the island along with a variety of waders, notably Semi-palmated Sandpipers and plovers and Lesser Yellowlegs. The Royal Terns were notably tolerant of close approach. A little judicious ‘pishing’ enticed the Brown-throated Parakeets to show as did the local race of the ‘Mangrove’ Yellow Warbler. The star attractions however were without doubt the 1000+ intensely pink, American Flamingos. There was a fair degree of display and body language on show despite the mid-afternoon lull. Susan knows her birds and is delightful company, she’s also a skilled photographer and understood just what’s required to get good images. 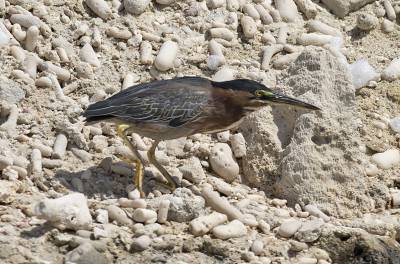 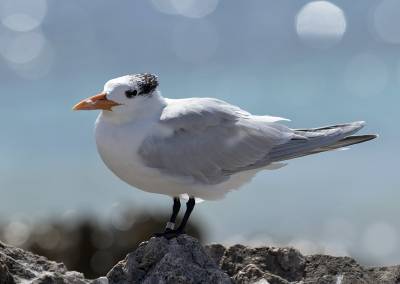 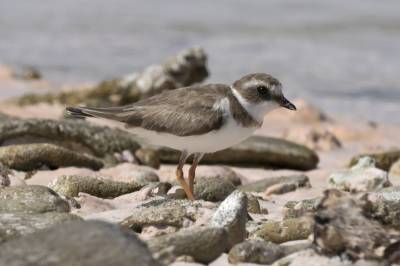 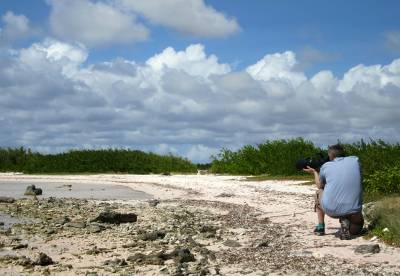 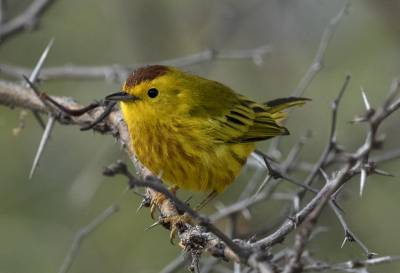 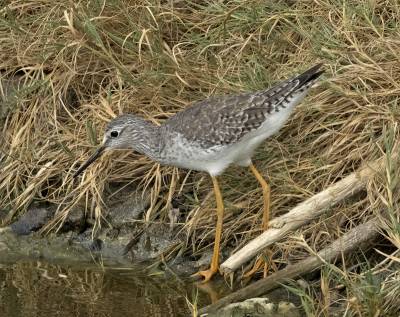 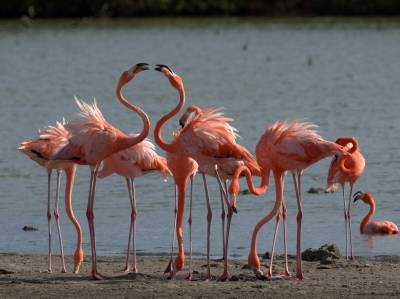 3rd of February was a sea day as we headed for Cartagena in Colombia. I was able to add a new tubenose to my ever-growing list in the form of Black-capped Petrel, with in excess of 25 recorded during the day. Audubon’s and Cory’s shearwater were also noted. Cetaceans wise is was something of a struggle, but late in the day we had a small pod of Sperm Whale blowing on the starboard side. We never actually saw their bodies as they were blissfully sleeping vertically in the water. I wonder if they do this to avoid getting sunburnt? 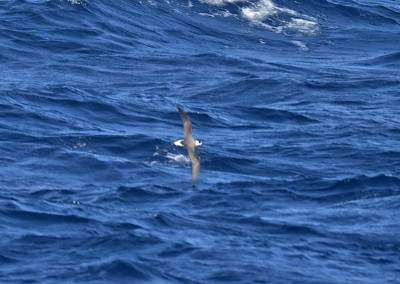 On the 4th Balmoral arrived in Cartagena and I joined forces with Hiroaki Takenouchi, an incredible pianist and mad keen butterfly specialist. Unfortunately Adele was confined to the ship as she can’t have a Yellow Fever inoculation. Hiro and I decided to hire a taxi for the day and head out to the Cartagena Botanical Garden "Guillermo Piñeres", even though we knew it was closed on Mondays, we also knew there was good habitat around it. This proved to be a very fortuitous decision. We found a lot of interesting birds including my first ever Rufous-tailed Jacamar - this is a bird akin to a cross between a Kingfisher and a Bee-eater. 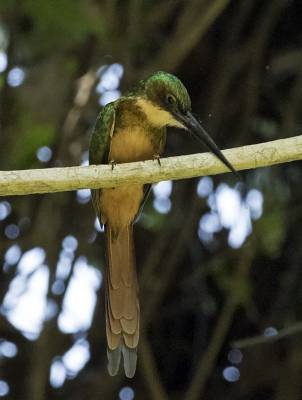 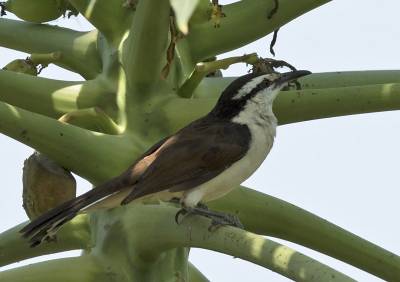 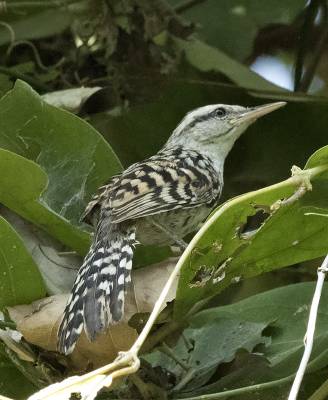 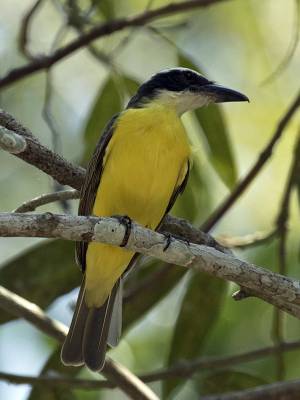 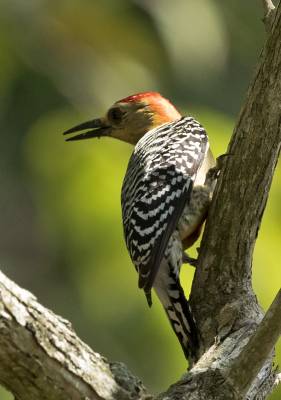 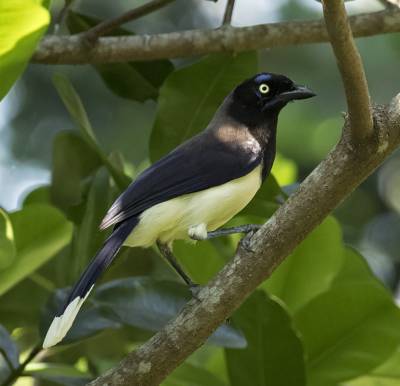 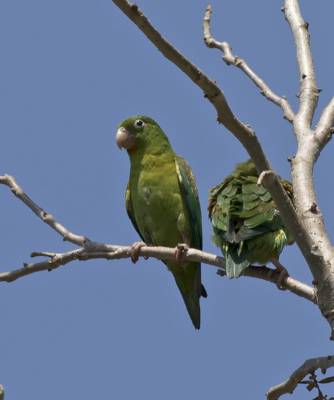 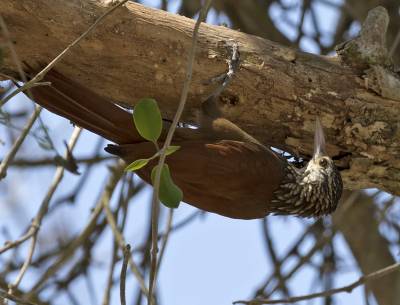 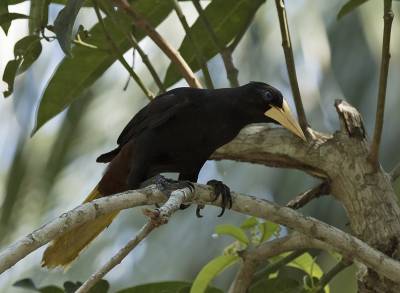 We had the good fortune to run into the Director of the Botanical Garden, Santiago Madriñán, who not only served us delicious Lemonade in his own garden, but then arranged to give us access, for an hour or so, to the botanical garden itself. This good fortune brought us many rewards, Hiro barely moved from one small area heaving with butterflies, while I explored a portion of the grounds enjoying numerous birds like Streaked Saltator, Lance-tailed Manakin, Glaucous, Palm and Blue-Grey Tanagers. We also had some bonus mammals in the form of Red Howler Monkeys and Red-tailed Squirrel. Sadly, time is always the enemy on these days away from the ship and all too soon we had to get back in the taxi and return to the port. If ever you visit Cartagena then the Botanical Garden should be high on your list of sites to visit. 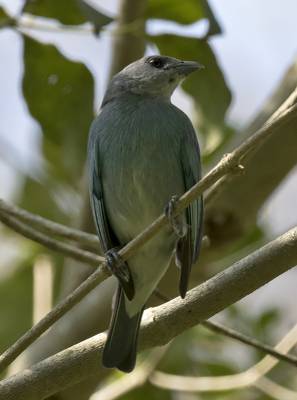 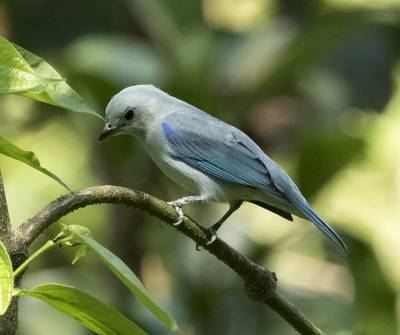 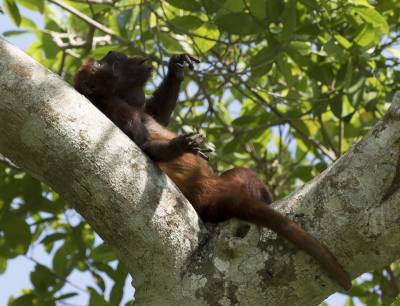 Acknowledgements
I'd like to thank the following organisations and people for enabling and enriching this experience. My agents at Peel Talent; Fred. Olsen Cruise Lines; the crew and staff of MV Balmoral, Susan Davis (Bonaire), Santiago Madriñán (Jardin Botanico Guillermo PiÑeres) , Hiroaki Takenouchi