Posted by Jeff Clarke on Wednesday, 26 November 2014 in My Blog

Of Cliffs and Lemming Hunters 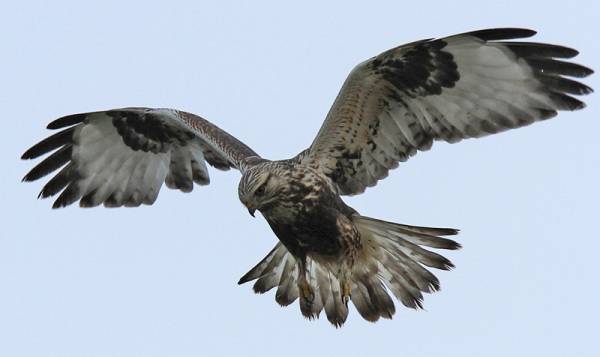 A window in the diary is a rare thing and definitely not to be wasted. A quick check on the weather forecast for Monday 24th November, sunny! Time to get the camera out. A quick phone call to my mates Ian and Danny meant that an hour later we were set for a rendezvous at Flamborough. Our arrival at the B&B in Bempton coincided with a stupendous night sky with the Milky Way on full show.

As promised the sun duly rose above the North Sea and we started the day with a seawatch. The predicted North-Westerly was in fact due West. No Little Auks today, but there were plenty of compensations in the form of twelve or more Harbour Porpoise and a Short-eared Owl we picked up in-coming from about 4 miles out.

We then headed for South Landing where we hoped the photo opportunities would be a better. We arrived on what appeared to be a relatively deserted beach, but after a few minutes I picked up a small passerine bounding across the beach before pitching onto rocks under the cliff, it's tail quivered like a struck tuning fork and a delightful Black Redstart was duly added to our day list. It posed all too briefly at close quarters and I missed the moment, before it zoomed up the cliff face. I redeemed myself with the numerous Rock Pipits. 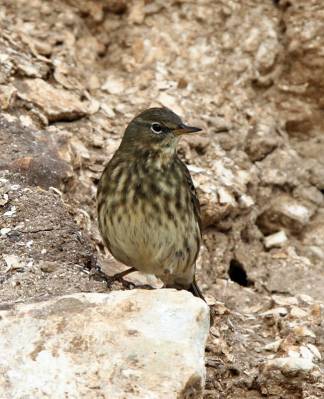 I turned to look East and noticed a small bird careening westward along the cliff-top and the unmistakable form of a Barn Swallow sped by determinedly. My latest ever Swallow in the UK. Moments later the backlit form of a large raptor rounded the corner of the cliff following the same line as the Swallow. Something in its shape and movement suggested Rough-legged Buzzard and when it was tagged by two marauding Carrion Crows it twisted and lit up and confirmed its identity. The line from which the bird appeared suggested that just like the Redstart, owl and swallow this lemming loving lagopus had just arrived from the continent. It drifted past and carried on a westerly track towards Bridlington. 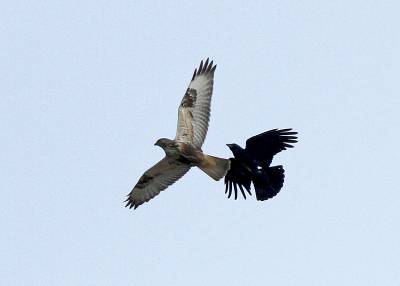 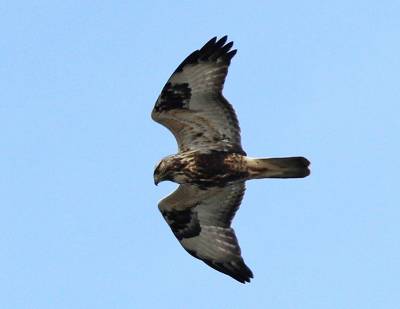 We now had a dilemma. The plan had been to head for Grindale to try and photograph a Rough-legged buzzard. It had been present for a few weeks and had hovered directly over my car the last time I was in the area. But having seen and photographed one Rough-leg would we be better staying around the head? The possibility of another close encounter with a Rough-leg won out.

On arrival I overshot the pull-off spot and was forced over half a mile further down the road to find somewhere to turn around. This proved to be very fortuitous as directly opposite my turning spot, barely 10 meters away, was a hedge, complete with a post sticking out and there on top sat the Rough-legged Buzzard. It moved a few posts further down but I did get one shot of its exit and the picture really does show off the tiny feet of this particular Buzzard species. 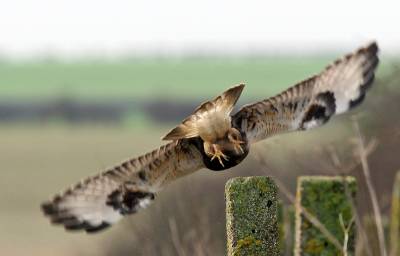 The bird spent much of the next hour post hunting, but it was distant and hopeless for photographing. Thankfully it eventually began to drift back northwards and started hover hunting along the roadsides. Eventually it moved to the quiet, single tracked Grindale Lane and it was here I was able to position the car, using it as a mobile hide. Fortune favoured me and the bird hovered directly alongside me. I couldn't believe my luck; I had breathtaking views of the bird as it scanned the ground barely two car lengths from me. The only downside being the high thin cloud-cover that had created a white sky effect. I'm not grumbling, this was a privileged moment being so intimately close to such a glamorous raptor. My motor-drive rattled through the frames until the bird peeled away. 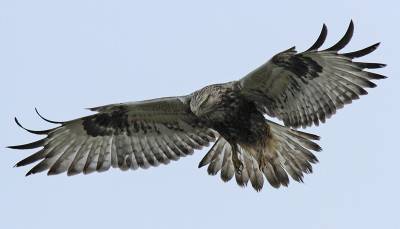 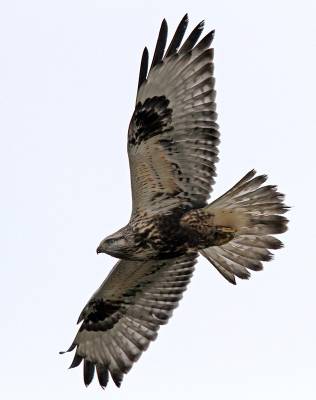 The bird resumed post hunting and once again I positioned the car to get a series of really pleasing images. Rough-legged Buzzards are noted for perching on tiny bushes and thin branches to hunt and this bird duly obliged. That wasn't the end our day but nothing was going to beat this moment. 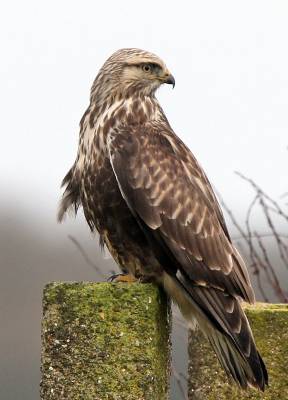 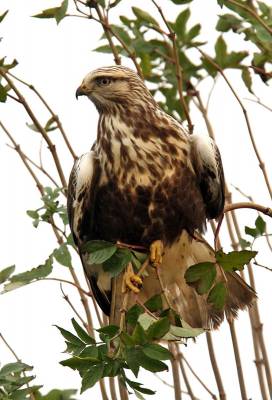 We returned to the Flamborough Lighthouse car park so that a myopic traffic warden could put parking penalty notices on our cars, despite the fact that we were displaying 'full day any car park tickets' on our dashboards, thus giving me the opportunity to meltdown into full 'Victor Meldrew' mode. A satisfyingly cathartic end to a memorable day!