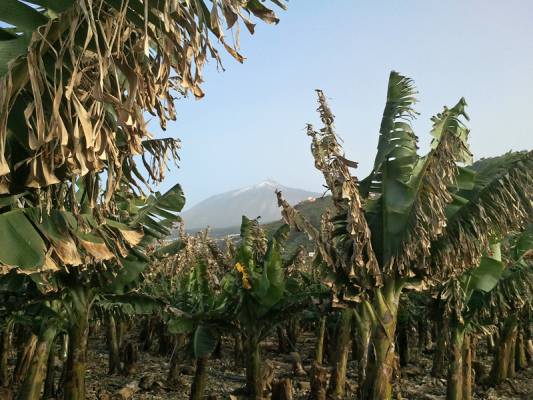 From the 5th-12th March 2015 I joined Teresa Farino of Iberian Wildlife Tours to assist her by co-leading a tour to Tenerife and La Gomera in the Canary Islands. We had a great group of clients, most of whom were serious botanists in their own right, who were there to benefit from Teresa's prodigious botanical knowledge of the regions flora. My job was to help find the non-botanical interest.

Islands are natural hotspots for endemism and the Canaries are particularly rich in that department, especially when it comes to the higher plants. However they also have their share of special endemic birds, reptiles and even mammals and this tour provided me with the opportunity to observe a number of them at first hand. The Canaries comprise seven main islands and large number of smaller uninhabited islands and islets. Some of the endemics are located on just a single island so it isn't possible to see all the endemic species by just visiting the two that were the focus of this tour, however they did provide a significant proportion of those available.

Now I am not a botanist, but neither am I blind to the wonders of the world of flora so I think we should start with one of the true symbols of Tenerife, even if it is not a true endemic, as it also occurs naturally elsewhere in the region. It's an Asparagus that thinks it's a tree. It's the extraordinary Canary Dragon Tree Dracaena draco. We paid homage to the oldest living specimen (2,000 + years) of this bizarre monocot at Icod de los Vinos. Truth to be told though I was soon distracted by the many Tenerife Lizards Gallotia galloti galloti and a variety of butterflies, including the Canary Island Large White Pieris cheiranthi and a superbly fresh specimen of American Painted Lady Vanessa virginiensis.

A pair of Tenerife Lizards

Several species and sub-species of the endemic birds were available in and around our first hotel base of El Patio near Garachico, this included the abundant Canary Island Chiffchaff doing its own distinctive version of the chiff-chaff rap. Not confined to woodland here. They occur in almost every habitat except for the very top area of Mount Teide. Also very common were the very recently split Canary Blue Tit Cyanistes teneriffae and the 'chicken and egg' Atlantic Canary Serinus canaria. Actually the latter bird derives its name from the islands, not the other way around.

Perhaps most interesting of the lot is the humble Robin Erithacus rubecula. Here it is represented by the distinctively different looking and sounding 'superbus' race, yet on the nearby island of La Gomera, a hop, skip and jump away for a Robin, we find the continental nominate form of rubecula, singing a typical robin song. I'll bet my bottom dollar that the 'Tenerife' Robin gets specific status within the next decade. Some authorities already consider the case proven and I'm with them.

Along the shoreline and in the rockier parts of both islands the Macronesian endemic Berthelot's Pipit Anthus berthelotii was abundant and often very approachable as it searched for invertebrate prey.

Our own invertebrate searches were probably much less successful but we did find a few juicy morsels including an impressively large and for some unnerving, Canarian Centipede Scolopendra valida. it didn't stay around to be photographed, unlike some of the impressive spiders, including my personal favourite the Banded Argiope Argiope trifasciata.

The highpoint for me on Tenerife was the time we spent in the high forested slopes of Mount El Teide. Especially the period in the zone dominated by Canary Island Pine Pinus canariensis, where the picnic areas played host to Chaffinches on steroids. Here we communed with the truly unique Blue Chaffinch Fringilla teydea, a large and leggy Fringilla finch, complete with a beak borrowed from a Hawfinch. In places it was accompanied by the Tenerife form of the 'Canary' Chaffinch Fringilla coelebs canariensis. Another bird that may become a full species in the near future. While the botanists busied themselves with a high altitude trifolium I took the opportunity to get an intimate portrait of a confiding 'Tenerife' Great Spotted Woodpecker Dendrocopus major canariensis as it sipped from a slowly dripping tap.

On our final full day in Tenerife we walked the Cuevas Negras trail, although 'walking' is a corruption of the term when you are with a group of botanists. (At times they more closely resembled a living statues installation, which possibly explains why passing trail walkers kept chucking coins at their hats). The benefit of this was that the many Tenerife Lizards, West Canary Skinks and Tenerife Wall Geckos we encountered barely registered out presence. Among the butterflies we enjoyed on this route were the abundant Canary Speckled Wood Pararge xiphioides and the occasional Canary Brimstone Gonepteryx cleobule and I attempted to capture a pair of the latter in courtship flight with limited success. At the top of the walk several of the party had brief sightings of Laurel Pigeon Columba junoniae, together with a multitude of encounters with Common Kestrel Falco tinnunculus canariensis and Common Buzzard Buteo insularum.

A strong NE blow had brought many Cory's Shearwater Calonectris borealis close in to the shoreline near our hotel and at night we could hear the 'electronica' calls from a nearby colony. So it was no surprise to find ourselves surrounded by these wonderful birds on the ferry crossings to and from La Gomera. Sadly cetacean sightings were limited due to rough seas on the way out and the complication that it didn’t get properly light until the last half hour of our return journey. All the same we managed a couple of sightings of Short-finned Pilot Whale, a pod of Bottlenose Dolphin and a distant pod of smaller 'delphinus' dolphins. 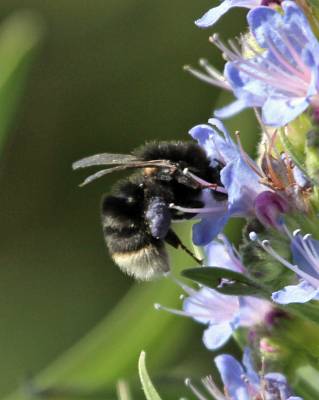 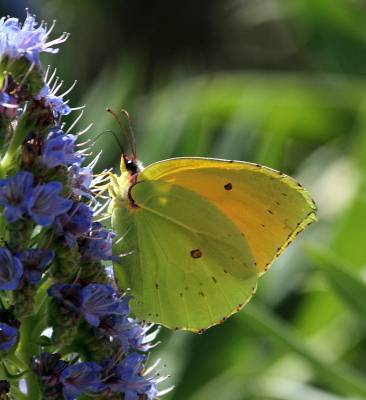 It took two attempts in the Laurel Forest areas to finally get to grips with both Laurel and Bolle's Pigeon Columba bollii so that most of the group could enjoy them. Hearing them wasn't difficult but the impenetrable nature of the Laurel Forests made spotting them more problematic.

For me the most memorable moment on La Gomera was the deafeningly loud assemblage of Stripeless Tree Frogs in the Barranco del Cedro near our evening restaurant. You can find the mp3 recording on this link here https://audioboom.com/search?utf8=%E2%9C%93&q=Stripeless+Tree+Frogs

I don't know what the decibel level was but it must have been touching 90+, a veritable amphibian auditory avalanche, for which the use of ear defenders would not have been inappropriate. It was also the last sound we heard as we left the hotel in the early hours of the morning to begin our journey back to the UK following a very enjoyable and productive week in the Western Canaries.